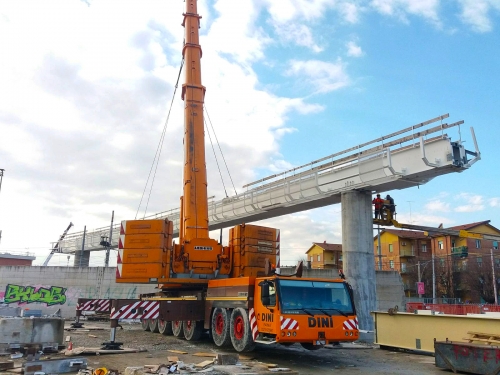 Photos from People Mover project
See the latest photos of our project People Mover, that is a monorail line for…

People Mover Bologna: assembling of the bridge to stepover the A14 motorway
Work assembling in full swing

Towards PEOPLE MOVER
Departure of the fast monorail works